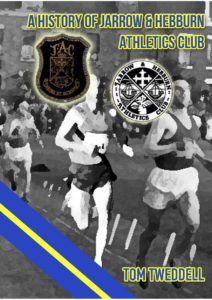 It’s 1937, less than a year after the Jarrow March. A new sports club has just been formed as part of money brought to the town by Surrey industrialist and philanthropist Sir John Jarvis. The new stadium is named after him and he donates a silver trophy for the club’s inaugural meeting.

It’s 1987 in Jarrow and Hebburn. There is a stadium complex with an 8-lane synthetic track. Major meetings have seen sub-4 minute mile performances. The membership of the club has a world champion, Steve Cram, a history of international athletes, and numbers in the hundreds.

How did it happen? Tom Tweddell brings to life those people who created this success. It’s a fascinating tale of struggle, both in the club and the town, covering the period from 1937 to 1987.

‘A History of Jarrow and Hebburn Athletics Club’ by Tom Tweddell is now on sale from Monkton Stadium reception, priced £15.

If you are interested in ordering a copy, please email Tom at: tweddell.1@btinternet.com 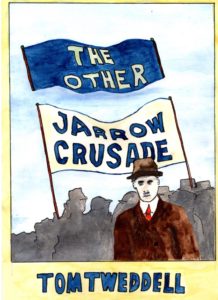 A History of Jarrow and Hebburn Athletics Club – Now on sale